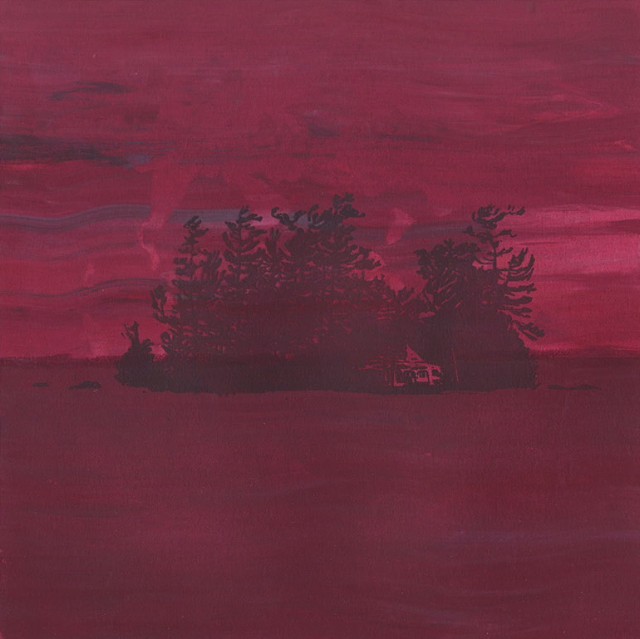 Early in 2016, The Besnard Lakes released their finest album to date, the magisterial A Coliseum Complex Museum and toured worldwide throughout the following months. Jace Lasek and Olga Goreas, the couple at the heart of the band, had spent the previous summer on their annual retreat to their namesake Besnard Lake. In a place with so much personal significance, they spent time writing the music that was to form the album. Culling the tracks down to an album proved a difficult task and inevitably there were tracks they loved that just didn’t quite fit with the overall album.

So it is with delight that almost exactly a year on, the band are able to release this 12″ of two brand new, exclusive tracks written and recorded at the same time as the album. “Laura Lee” is a sibling track to the album’s illustrious first single, “The Golden Lion” – spacious reverb-y drums echo around an almost sci-fi vocal line sung by Olga Goreas. Meanwhile, the title track “The Divine Wind” is the Besnard Lakes at their expansive, psychedelic best: a sustained keyboard building through to a bombastic coda, complete with Lasek’s unmistakable falsetto.

If you ever needed a reminder of just how unique, beautiful and far-reaching this band is, then The Besnard Lakes Are the Divine Wind delivers.