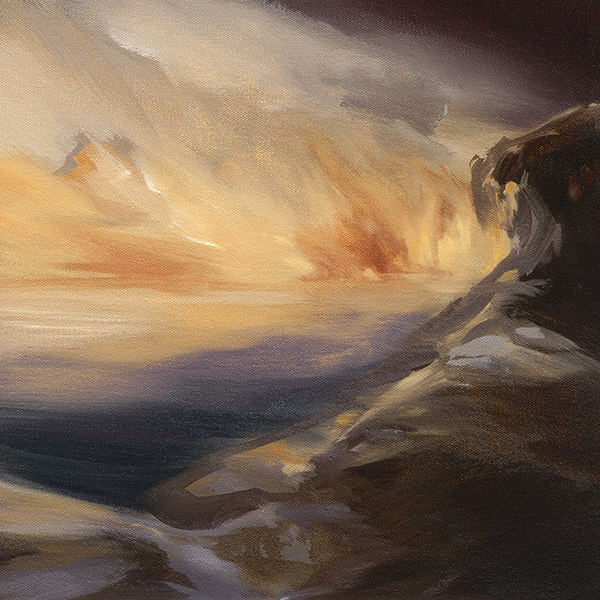 Rightly – nay, definitively! – The Besnard Lakes Are The Last of the Great Thunderstorm Warnings is a double LP. “Near Death” is the title of the first side. “Death,” “After Death,” and “Life” follow next. It’s literally a journey into (and back from) the brink: the story of the Besnard Lakes’ own odyssey but also a remembrance of others’, especially the death of Lasek’s father in 2019. Being on your deathbed is perhaps the most psychedelic trip you can go on: in Lasek’s father’s case, he surfaced from a morphine dream to talk about “a window” on his blanket, with “a carpenter inside, making intricate objects.” That experience pervades the album, catching fire on the song “Christmas Can Wait”; elsewhere the band pays tribute to the late Mark Hollis and, on “The Father of Time Wakes Up,” they mourn the death of Prince.

In these scorched and pitted times, as the world smoulders, there might be nothing less trendy than an hour-long psychrock epic by a band of Canadian grandmasters. Then again, there might be nothing we need more. …The Last of the Great Thunderstorm Warnings is a bright-blazing requiem: nine tunes that are one tune and six musicians who make one band – unleashed and unconstrained, piercing and technicolour. At the end of the golden day, the Besnard Lakes are right where they should be.