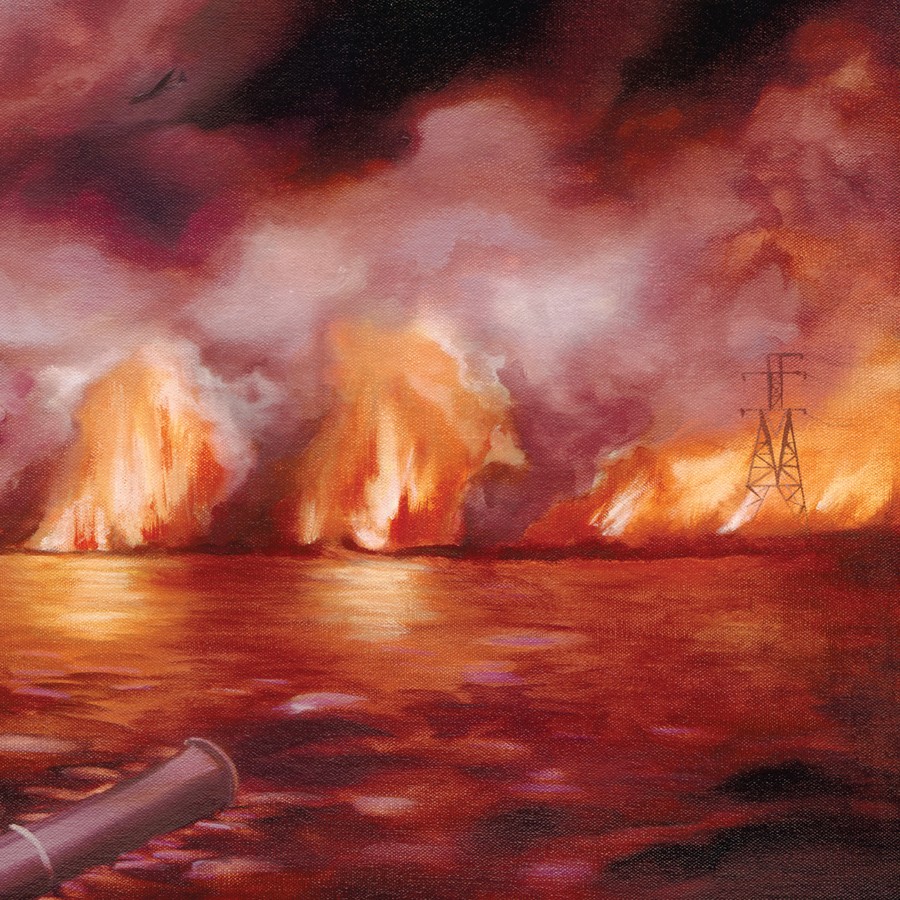 There is a war now. The message has been sent through short wave in code. The Besnard Lakes twisting chronicle, or fever dream, of spies, double agents, novelists and aspiring rock gods has turned violent. Loyalty, dishonor, love, hatred all seen through the eyes of two spies, fighting a war that may not be real. One follows the other as they receive coded messages and spread destruction. The city is burning, and it’s to the benefit of music obsessives everywhere. Once again, the husband-and-wife duo of Olga Goreas and Jace Lasek has crafted a majestic, sprawling vision of guitar bombast and captivating pop experiments.